ROCKPORT, Texas — On Nov. 9, a manatee was spotted just outside of Rockport at an area known as Cove Harbor North, according to Texas Parks and Wildlife Department experts. The manatee was caught on video by some local residents and T.P.W.D. personnel were also on hand to witness this rare sighting. Aransas County Game Warden Danny Flores and Coastal Fisheries Biologist Dennis Pridgen also responded to the sighting. “The manatee was videoed swimming in the area before disappearing. Sightings of manatees are extremely rare for this area as well as for the State of Texas,” said Capt. Henry Balderamas. A manatee was last seen just South of Corpus Christi several years ago. “The last time we have seen a manatee (or more than one) was July 2001,” said Karen Meador, of TPWD’s Coastal Fisheries Division in Rockport. “More than one was observed off Galveston, Port Aransas and in Rockport. Before that, we observed one or more manatees during late summer of 1995. What’s interesting in all three instances is that tropical activity in the eastern Gulf of Mexico was above-average. As you know, this summer’s weather could’ve easily blown this animal west of its habitat. There are no resident populations of manatees in Texas,” said Meador. Deborah Cohea, administrative assistant in the Rockport Law Enforcement office, witnessed the animal’s rare appearance. “Game Warden Danny Flores said they had a manatee sighting and I said ‘Where, I want to see it, I’ve never seen a manatee!’ So I drove down there to Cove Harbor. I lived in Florida and I never saw one the whole time I lived there, it just made my day. We were standing on a dock and he was about five feet out on the water and he was huge, they said no less than 7-800 pounds, and a full grown healthy male. He rolled over and his front flippers came up by his face and it was just too cool!”

STATE RECORDS ELUSIVE FOR MOST FISHERMEN 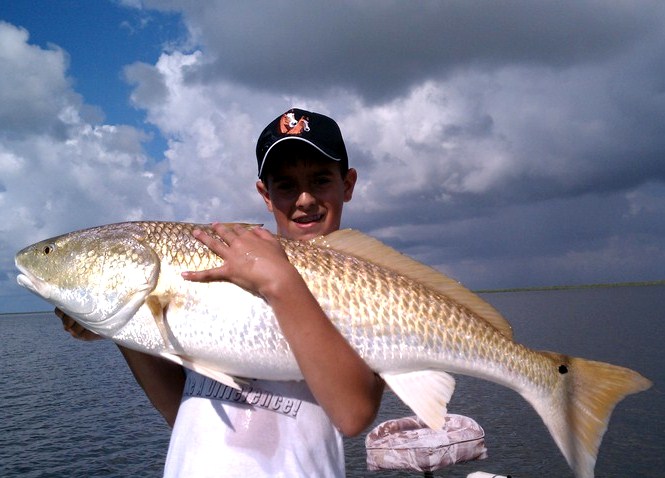